Earlier this week, St. Ignatius House hosted the Province’s five new regents for the Regency Orientation. Fr. Chioma Nwosu, SJ, the Formation Delegate was the facilitator of the orientation.

At the first session, the regents shared with one another their HOPES and EXPECTATIONS of this very important and demanding stag 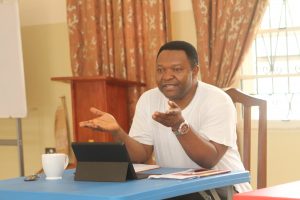 e of their formation. Having already spent some days familiarizing themselves with their new missions, the new regents had a lot to say about the enormous tasks that awaited them. Through their sharing and listening to one another, the new regents became more aware of the great work that they needed to do. The regents, however, were hopeful; they felt the immanent tensions, they also grew in awareness of the expectations which the Society has of them.

Fr. Chioma told the regents that regency is another moment for deeper integration into the life of the Society of Jesus. It is a time of generous self-giving. Among other things, the regents expressed their desire to want to enjoy their regency. They want to be happy in this new stage of their formation. 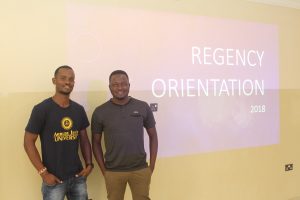 At the second session, the regents discussed THE GOALS OF REGENCY. Fr. Chioma emphasized that Regency is a moment of growth (in virtue, human qualities, psychological maturity, emotional intelligence etc.), probation, discernment and integration. Regency, he said is a time when “the young Jesuit discerns his vocation to the Jesuit life as he encounters the adult Society”. Regency is a moment of discernment for both the regent and for the Society. Regency is also a time when the young Jesuit brings together the different aspects of his life and the experiences of his formation and understands these as facets of a whole. And to tell that all these facets of his life make sense.

At the third session, the regents focused on THE LOCAL SUPERIOR AND THE DIRECTOR OF WORK VIS-À-VIS THE REGENT. The fourth session focused on ETHICAL BOUNDARIES. Here, Fr. Chioma challenged the new regents to develop the capacity for personal, responsible and functional adult relationships. This came as an addition to the talk given by Fr. Alex Irechukwu, SJ on “Child Protection and Safeguarding” at the UJiF gathering. 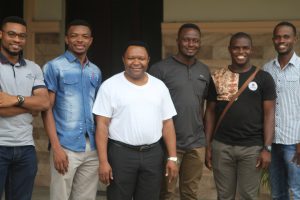 The sessions ended with a group discussion where the regents shared their thoughts about “what issues or attitudes are most likely to stir conflict or hard feelings in communities where young Jesuits live and work”. The regency orientation came to an end with a Missioning Mass where the provincial, Fr. Chuks prayed with and for the regents for a fruitful and grace-filled regency.